Records from the Village of Hadar in the early 1900s make mention of the volunteer fire department.  At this early date the city officials were active fireman.  The first fire fighting machine was a chemical cart that was pulled by hand with a bucket brigade included.   This arrangement existed until 1934 when state law required that the department organize and comply with certain regulations.  For many years Hadar was known as the smallest village in state with a volunteer department.

Early records show that the firefighting machine was stored in residences, garages or businesses until 1923 when a tract of land was purchased to build a shed to store the village fire apparatus.  At this time soda was added to the water for more adequate firefighting practices.  Later salt was added – no doubt to keep the water from freezing in the winter.

In 1927 a larger four wheel chemical cart was purchased from Pierce for $30.

In 1928 the fireman’s bell was purchased from Art Degner for 2 dollars and a tower was erected to hold the bell.  This was a great help in calling the firemen to a fire.  During these years, ladders, buckets and a couple of fire extinguishers were purchased and housed in a new building built in 1927.  This building was located where the current new addition to the fire department is located.

By 1933 all of the fire equipment was painted and consisted of one fire engine, six ladders, 18 pails, one axe and one spade.  Later more ladders with sliding hooks were purchased.

In 1934 one smoke mask and a battery lantern was added.  At this time the state law required the department to organize, and Raymond Cook was the newly elected Chief.

In 1935 an electrical siren was purchased for $100 and was mounted on the Hubert Raasch store.  At this time trailer hitches were mounted on several of the firemen’s cars to pull the four wheeled cart.

Up until 1942 all firemen had to be village residents.  Since then the rural firemen are included in the department.

In 1953 Pierce County was mapped out in four fire districts.  A fee of $25.00 was charged to every property owner and a $15.00 fee charged to renters in the district in order to buy more equipment.  At this time a new firehouse was erected by the city and the fund was started to purchase a different fire truck.  In 1956 an International truck was purchased and a 1000 gallon tank ordered to be mounted on it.  This was quite an improvement as now it allowed the fire truck to be driven to the fire instead of towed behind a car.

At one time an automatic telephone fire alarm system was installed but because of too many crank calls the system was discontinued.

A rural fire board had been organized when the fire districts had been designed and in 1963 the rural board purchased a new truck to be used as a pumper for extra water.

In 1973 the Nebraska Forestry Service made it possible for the department to obtain an army truck and a tank was built to mount on this truck to aid in firefighting.

Today, there are approximately 30 volunteer firemen and recue personnel on call along with modern firefighting trucks and equipment, including 6 firefighting vehicles and a rescue unit. 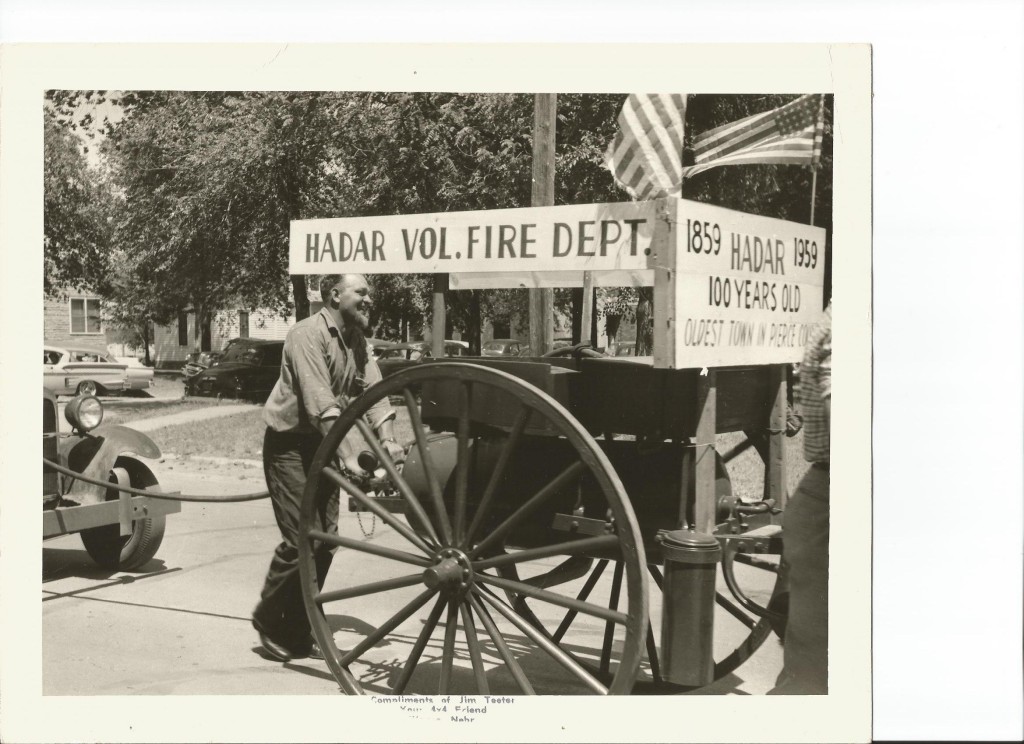 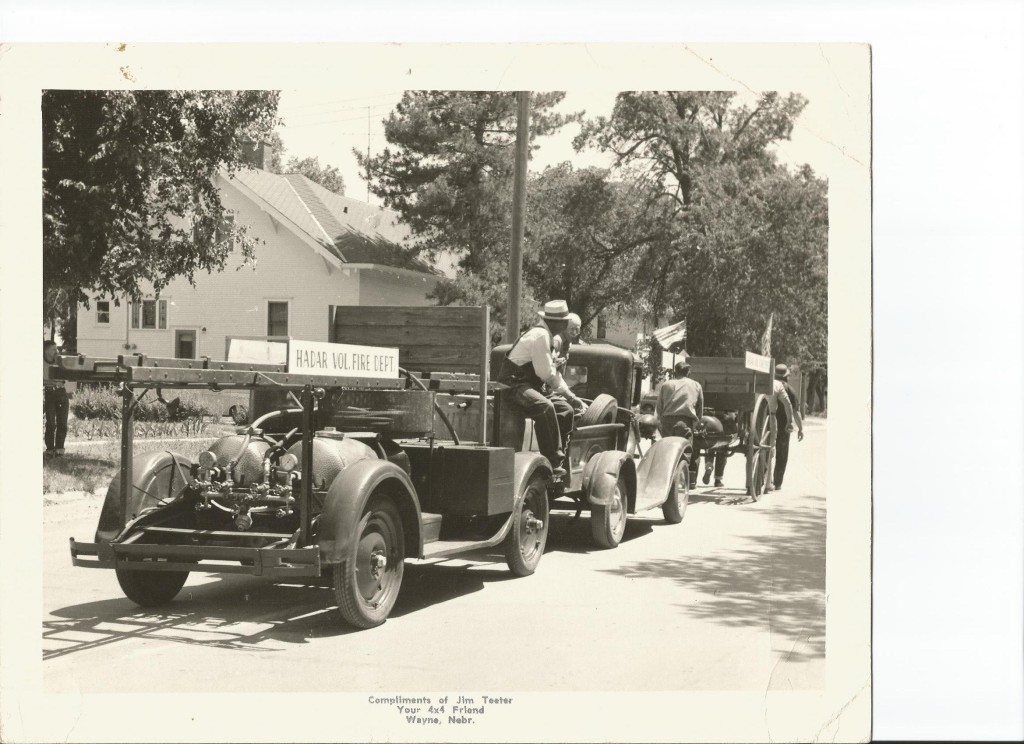 In 1927 a larger pull cart was purchased from Pierce.